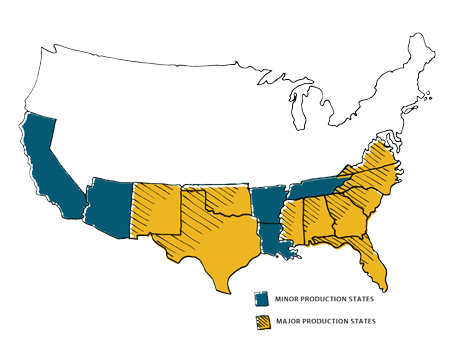 However, 11 major peanut producing states grow nearly all of the U. S. peanut crop.